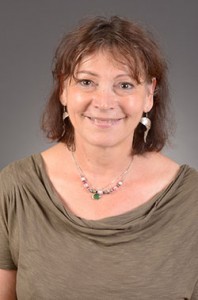 Giselle is a mother of three sons and grandmother of three grandchildren with First Nations ancestry. She was raised in Europe and in Africa, has traveled and resided in many countries and was exposed early in life to issues of culture, justice and freedom.

While at the AHF, Giselle published Healing Words which gained readership of over 2,000, organized over 20 residential school survivor gatherings across the country, and made presentations to the Senate, universities and conferences. She also had the opportunity to develop several strategies and policy papers focused on healing and addictions.

She contributed as Lead Coordinator at NNAPF to the Healing Our Spirit World Wide Gatherings in 2006 and 2010. In 2006 she raised sufficient funds to bring a South American delegation to the 2006 HOSW Gathering in Edmonton, and also organized the Heartbeat of the Nations Project that saw many groups of drummers participate in a chain of drumming from east to west and north to south, to share with HOSW participants that first day in Edmonton, their belief in the strong future of all Indigenous Peoples in the world.

With the knowledge and experience she has acquired with First Nations, Inuit, and Metis organizations across the country, Giselle is well equipped to support the vision and mission of ICBOC. She is fully committed to offer and develop professional certifications that fully recognize the specific, culturally relevant experience, knowledge and skills of indigenous workers in the addictions & mental Wellness fields, and will ensure they can access culturally safe and competent training. Giselle has a deep respect for the commitment of all those she has the privilege to get to know in the context of her work, who too often do not realize their true personal and professional value.

“The commitment demonstrated by indigenous workers in the healing field to make a difference in the life and the future of their people and communities is only matched by their unique capacity to apply the cultural knowledge and experience most needed achieve this goal.
I deeply believe the pace and scope of recovery, the return of communities to the state of well-being and prosperity these workers aspire to bring about, will be accelerated by the support and encouragement that comes from the recognition of their competencies and from easier access to culturally relevant and safe training.”